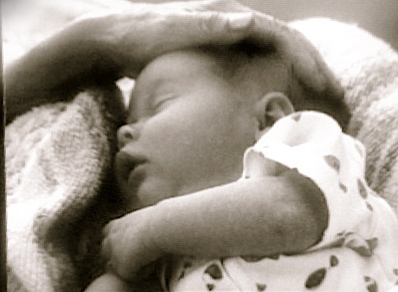 Only a few cards arrive for my husband’s birthday, but our kitchen window is full. Cards line the sill, and others hang from the wooden mullions that lend our Vermont farmhouse that window-pane look.

Moons and lambs and jumping cows continue to trickle in–and do look out of place beside the ones poking fun of Casey’s age. But it’s the cards I’ve added most recently that make the window overflow and contradict itself.

I feel the same way. Flooded with an unmanageable coupling of joy and sorrow–torn in two by the juxtaposition of events–birth and death accomplished within weeks of each other. 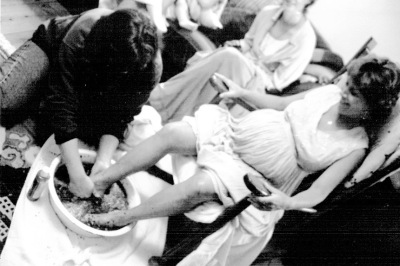 In June, we were given two months. My mother–two to live. Me–two before delivery. The two of us, three hundred miles apart, agonizingly separated by the coming of child who would be such a blessing through this time.

As each week passed, I lay on my bed in the mountains, looking out to the trees, searching the leaves for my mother’s face–serene or contorted–while my belly ripened.

It seemed as if my mother and I were engaged in a parallel dance–one spinning toward death, the other toward life–both facing an ending and a beginning–crossing a threshold of no return. 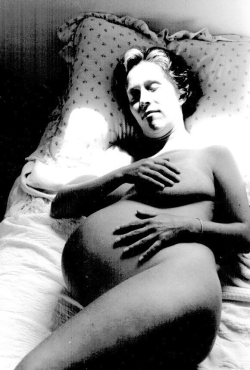 ometimes rather than moving together, I sensed a collision course, fearing my delivery would bring on her own.

In early August, just after midnight, a week before expected, my contractions began, sharpening before dawn, lending an acute awareness of my mother’s suffering, and of how, in many ways, we were sharing a similar path–one of struggle and surrender–surrounded by loved ones there to midwife our passage.

The next morning, just before noon, I gave birth to a baby boy in our home in in the Green Mountains while my mother lay near the sea in a hospital bed by the bay window where her workout equipment stood just a season earlier.

She couldn’t walk or even sit up, but she was there to answer the phone when I called with the news. 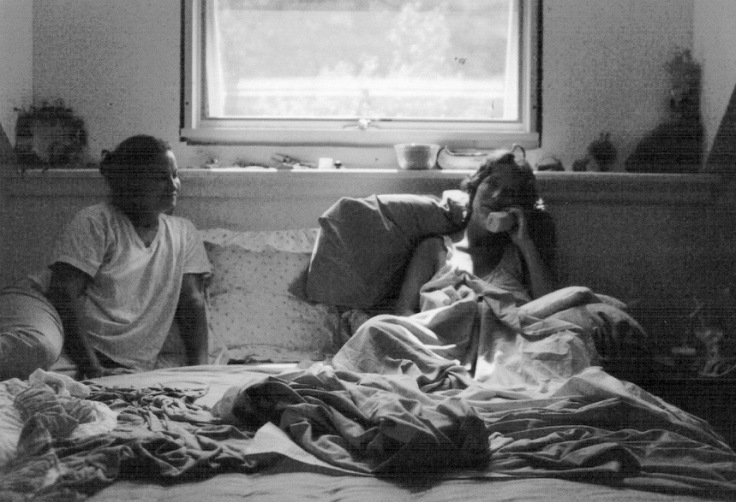 I remember the air outside. The hush of the midwife beside me. The feeling of the phone cradled against my ear.

My mother would probably never meet her grandson, but I was so grateful for her voice just then.

It’s funny how life gets dished out sometimes–with heaps of sorrow or heaps of joy–or heaps of both at once.  I can’t fully grasp the connection between her leaving and his coming, but I’ve learned so much being present to them at the same time.

My mother took her last breath on my husband’s birthday–a month later than expected–surrounded by her eight children, including my nursing babe, who cried out just before her passing.

I’d never felt so much bliss. The depth of sorrow seemed to make the expression of the love excruciatingly palpable–as if  they were meant to be felt together.

This truth revealed itself in the quiet hours at my mother’s side just before she died, with the baby on my breast, or on her lap, napping.

Ever watch a baby sleep? It’s a profoundly meditative experience–deeply soothing and compelling.

What strikes me most is how at one moment a baby’s face will light up with a smile, and in the next, his lips will quiver, his brow wrinkle, and he’ll let out a whimper that pierces your heart.

I love those sleepy smiles, but I’ve always worked to chase those cries away.

But now it occurs to me–Maybe they belong together. Maybe the baby, in these early moments, is preparing for the joy and loss his life will hold.

On the morning of my mother’s leaving, the world seemed to echo this truth. The sun shone bright, a bay breeze blew through the window over her bed, and her young granddaughters took a seat beside her body, lovingly touching her face, casually discussing their own deaths “someday,” while outside, her grandsons jumped on the trampoline.

I hadn’t known that so much fullness could be felt inside such a vacancy.

As Autumn replaces Summer, I hold this fullness close. On those days when I can’t handle a fussy baby, or the cold and darkness growing inside me, I remember my labor and my mother’s passing, and I find strength in this coupling.

One by one, I remove cards from the window. My mother has been gone three weeks now, and Aidan is two months old.  His face has begun to reflect back that which he has received: countless hours of love and wonder and devotion.

In the end, it was the same with my mother.

All that she gave to us was reflected back upon her. 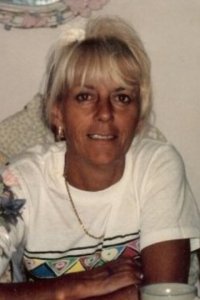 One thought on “the Circle of Life”