I’m struck by these words posted by friend after friend:

These are words typed by strong, engaged, voiced women. For whom the latest atrocity was personal.

Why don’t I feel afraid?

“Salasin” is Russian Jew, but I was born blonde with green eyes, more like my Irish and English grandmothers than my grandfathers for who each had parent who was a Jew.

I wasn’t raised Jewish either, unless you count the huge brunch at my paternal grandparents’ house after the Easter Sunday Service–smoked white fish and bagels and Matza-ball eggs–prepared by my grandfather who was Bar Mitzvah-ed as a boy. (Can I make that a verb?)

His firstborn, my father, was born blonde, blue-eyed like his mother and he did not have a Bar Mitzvah, but he did wear a medallion on a chain with the Jewish star on one side and St. Christopher on the other (a gift from a family friend, a Catholic nun.)

I never heard any talk about any Jewish ancestry on my mother’s side. “100% Irish,” is all that was said. Her people were blue-collar. Some things make you less secure.

But when an entitled prick shows up with a gun at a synagogue, shouting: “All these Jews need to die!” it doesn’t matter your education or societal status or occupation and it doesn’t even matter that you are attending a bris for a newborn child.

If you’re on the wrong side of what someone else decides is the right side, which is all of us in this country on the other side of what the President represents, then you are vulnerable.

And if you are a privileged man who rejects the lies and hypocrisy, the dog-whistles and degradation, the abject inhumanity of this administration, you too might feel hopeless and outraged despite the systemic protection that you are just beginning to realize.

On the morning of the synagogue massacre, I had arrived to show my support for a candidate who is transgender, feeling particularly sensitive to the vulnerability of all those who similarly identify given the administration’s recent efforts to remove gender protections from UN Human Rights documents.

It’s come to this.

I pray that if you know in your heart that something is terribly wrong, and its root is the rot in the White House, that you will vote for those who will best protect the humanity of this nation.

I pray that if you are still confused, still drinking at the poisoned well of us and them, that you will, at the very least, stay home.

I care about you. I truly do. I want you to feel safe and at ease and prosperous and empowered; but not at the expense of our nation’s soul. 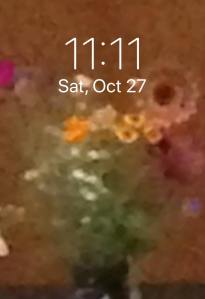 I want to CONDEMN your awful blindness!

I want to CURSE you for putting this man in the White House!

But what I truly feel is grief.

You have broken my heart again and again.

And still, my fellow Americans, I believe in you.

We, all of us, around the world, are one.